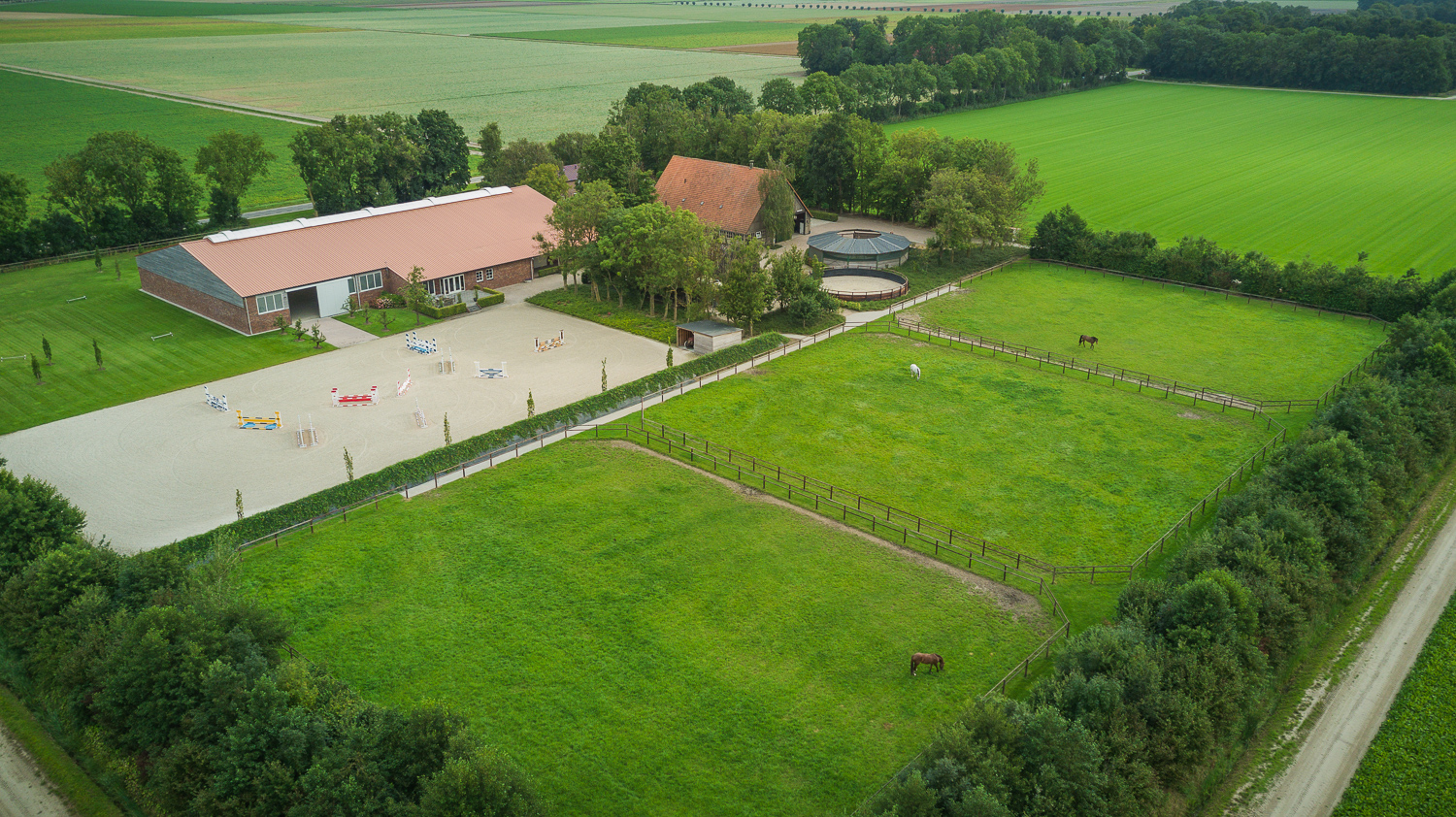 Bosch Sporthorses is managed by Peter Paul Bosch and Janneke van Noord. Their stables are located in the outskirts of the village of Nagele in the province Flevoland in the middle of the Netherlands. Here Peter Paul’s grandfather and grandmother started an arable farm many years ago. With help from Peter Paul’s mother and family the company was developed into a horse farm in 1999. The company has since grown into a professional showjumping and trading stable for horses at national and international level.

Peter Paul was born and raised in Flevoland. His grandfather was an avid horse man and with his encouragement Peter Paul started riding at a young age. After high school, Peter Paul gained a lot of experience as a rider at international stables. Janneke was born and raised in Deventer in the province of Overijssel. Due to her parents’ hobby, she also grew up alongside horses. After high school she completed a Bachelor’s degree, which she combined with competing in the sport. After her studies Janneke worked in the United States for several years. Since the beginning of 2000, Peter Paul and Janneke have been a couple and by combining their strength they’ve made Bosch Sporthorses a success In 2013 daughter Julia was born and in 2018 she was joined by her sister, Isabelle.

Bosch Sporthorses is a modern and spacious farm on the outskirts of Nagele (Flevoland). The accommodation consists of the following facilities. – 20 stables with 4 grooming and 2 wash stalls – a reception room and terrace – a guest house – an indoor arena of 35x60m – an outdoor arena of 35x70m – a grass arena of 40×70m – a lunge pen – a horse walker – several pastures